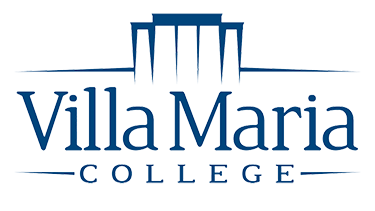 Villa Maria College, where learning real-world skills is so considered vital that off-campus internships are a graduation requirement, has joined SAGE Scholars Tuition Rewards. The Villa curriculum gives students the ability to test the waters of their chosen field in a real-life work setting after a process where student talents are evaluated and then matched with The College's network of partners. Villa's unusual 9:1 student-to-faculty ratio allows every student to receive an individualized education. Offering 18 academic programs leading to bachelors and associates degrees, The College prepares its 500+ undergraduates for careers in such "hot" fields the include animation, computer...
read more 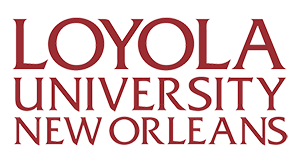 Montreat College, set in the beautiful foothills of the Blue Ridge Mountains just outside of Asheville, NC, has joined SAGE Scholars' Tuition Rewards program. The College's 132-acre campus on Black Mountain is so stunning that its facilities are available for weddings, conferences and other events as well as summer sports camps. Providing 104 years of Christ-centered education, Montreat is a liberal arts institution that educates students through intellectual inquiry, spiritual formation and preparation for calling and career. A tight-knit community, the college draws 650 students to its main campus from 30 states and 20 countries. Two-thirds of undergraduates are student-athletes,...
read more

Bentley University, currently ranked #1 in the nation for "Best Career Services" by The Princeton Review, has joined SAGE Tuition Rewards. The publication ranks Bentley #4 in the nation for internship opportunities. The University's award-winning Pulsifer Career Development Center gets results: 98% of students are placed within 6 months of graduation, with a median starting salary of $60,000. Founded with an accounting and finance focus in 1917, Bentley enrolls 4,200 undergraduate and 1,000 graduate and PhD students on a 163-acre campus in Waltham, MA, 9 miles west of Boston. The four-year graduation rate is an outstanding 87%. Bentley alumni include Jay Leno. The University's new...
read more

Graceland University, an educational innovator which operates residential campuses for 1,000 undergraduates in Iowa and Missouri, a seminary, one of the nation's oldest online learning degree programs and the leading U.S. business seminar company, has joined the SAGE Tuition Rewards program. Graceland stresses the joy of lifelong learning. Graceland's main, residential campus is located in Lamoni, Iowa, an hour's drive south of Des Moines and two hours north of Kansas City, MO. Spanning 170 acres in the rolling hills of southern Iowa, the campus is known for the Resch Science and Technology Hall, the Helene Center for the Visual Arts, the Shaw Center for performing arts and outstanding...
read more 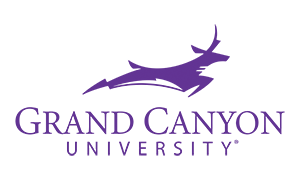 Grand Canyon University, Arizona's premier private Christian university, has joined the SAGE Tuition Rewards program. One of the fastest-growing U.S. colleges, GCU was home to 20,384 students on its Phoenix campus in spring 2019. 18,208 were traditional undergraduates. In addition, 80,124 students attend GCU's online classes, including more than 2,000 learners engaged in doctoral-level study. GCU offers more than 200 academic programs, with business, elementary education, hospital management, human services, nursing, special education and teaching among the most popular undergraduate majors. 74% of freshmen live on campus in nationally-acclaimed dorms that Niche ranks as the 6th best in...
read more

Belhaven University, one of only 36 U.S. colleges accredited in the all four of the major arts (Visual Arts, Music, Dance and Theater), has joined the SAGE Scholars Tuition Rewards program. Five Mississippi colleges now participate in the SAGE private college consortium. Academic preparation and Christian experience go hand in hand at Belhaven to provide an atmosphere in which students can find purpose and meaning in life. Founded in 1883, the University is located on 42 acres in downtown Jackson, the state capital and Mississippi's largest city. The campus is home to 1,150 full-time undergraduates. Belhaven offers a strong traditional liberal arts program with 70 areas of study....
read more

King University, where nearly 80 percent of classes have fewer than 20 students because of an impressive 13:1 student-faculty ratio, has joined the SAGE Scholars Tuition Rewards program. 10 Tennessee private colleges participate in the SAGE Consortium. Founded in 1867, King draws 1,500 undergraduates to a135-acre, scenic main campus in Bristol (TN), officially recognized as the Birthplace of Country Music. The campus is approximately 1.7 miles from downtown. Students can enjoy a wealth of regional concerts; sporting events at nearby Bristol Motor Speedway; and, biking, fishing, hiking and skiing opportunities while exploring the nearby Blue Ridge and Smoky Mountains. King offers over...
read more

St. Edward's University, which draws 3,500 undergraduates from 45 states and 67 countries to a 155-acre hilltop campus in dynamic Austin, Texas, has joined the SAGE Scholars Tuition Rewards private college consortium. Founded in 1885, St. Edward's is a Catholic university in the Congregation of Holy Cross tradition that welcomes students of all faiths and backgrounds. Boasting 66 Fulbright U.S. Student Award winners since 2008, St. Edward's believes in experiential learning. 90% of students participate in research and internships. The University offers 50+ undergraduate degrees and eight graduate degrees. The most popular majors include Biology, Business, Communications, Finance,...
read more 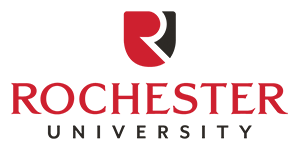 Rochester University, preparing students for professional and personal success as they serve in God’s world, has become the 16th Michigan private college to participate in the SAGE Tuition Rewards program. Founded in 1959 by members of the Churches of Christ, RU is located on an 85-acre, suburban campus in historic and hip Rochester Hills, a 35-minute drive north of Detroit. The University offers 24 bachelor's degree majors in traditional and accelerated learning formats. With almost 1,100 students from 20 states and 12 nations, RU is a place where every individual is heard, welcomed and respected. Programs in business, education, mass communication, ministry, nursing and psychology...
read more 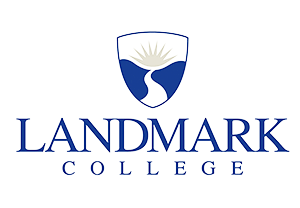 Landmark College, a global leader of integrated teaching methods for students with learning differences (including dyslexia, ADHD, and autism), has joined the SAGE Tuition Rewards program. Based in rural Putney, VT, Landmark offers associate and bachelor's degrees; bridge semesters; online programs; and, summer options for high school and visiting college students. Landmark's high-touch, team-based model of support is designed to address the unique needs of each student. The College's educational technology allows the 500 undergraduates to experiment to find the tools and options that are most effective for their individual learning style. 90% of Landmark students who graduate with...
read more

Rust College, where the full-time faculty percentage is 93%, roughly twice the national average at U.S. colleges (47%), has joined the SAGE Tuition Rewards program. Six Historically Black Colleges and Universities (HBCUs) now participate in the SAGE private college consortium. Rust is the second-oldest private college in Mississippi. Founded in 1866, shortly after the end of the Civil War, Rust is located on a 126-acre campus in rural Holly Springs, MS, 35 miles southeast of Memphis. With an admit rate of only 43%, the College is one of the most selective HBCUs. The warm and friendly faculty and staff not only know the 800 students by name - but also their families and backgrounds. 97% of...
read more 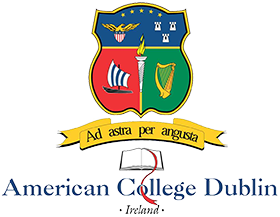 American College Dublin, a constituent college of Irish American University, is a private not-for-profit liberal arts institution accredited by the Middle States Commission on Higher Education (MSCHE), and has become the first International college to join Tuition Rewards. Established in 1993 in Dublin Ireland, the institution is located in the center of Dublin on Merrion Square, amid a number of Georgian era houses, one of which is the childhood home of Oscar Wilde. Wilde spent his formative years there from 1855 to 1878. His father, William Wilde, lived at the house from 1855 until his death in 1876. In addition to its American accreditation with MSCHE, American College Dublin...
read more

D'Youville College, featuring an urban, growing campus community of over 3,000 students on the vibrant west side of Buffalo, has become the 30th New York State private college / university to join the SAGE Tuition Rewards program. D'Youville excels at helping students reach career goals while instilling character. Founded in 1908, the Grey Nuns named the college after the Patron Saint Marguerite d'Youville to be a compassionate place of learning for those from underrepresented populations to give them a better life. With a long, Catholic history, the College welcomes students of every culture, background, and faith. One of the most affordable private colleges in western & central...
read more